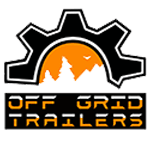 The rivalry between overlanders and 4×4 enthusiasts can get heated, we know. Overlanding hinges on adventure but also on sustainability and responsibility;  off-roading tends to appeal to high energy outdoor enthusiasts. But is the friction between the two justified and can you enjoy both?

Let’s take a look at both groups:

Leaving the road more travelled for a day of dune bashing or baja-ing over some rugged terrain is a thrilling way to get away from it all.  It takes skill and planning to climb and navigate obstacles, and there are welcoming groups to go off-roading with to enjoy a community of like-minded outdoor enthusiasts.

Although some people have dedicated off-road 4×4 vehicles and trailers for conquering extreme terrain, modifications need to be made to the vehicle—but generally vehicles don’t need to be tricked out to the point that they are unusable on city streets. This makes the diversion fairly accessible to the general public—which may or may not be a good thing, if casual users don’t abide by the “rules” that most 4x4s devotees follow. Just like anything, if you don’t know what you are doing, it makes it unsafe for everyone.

The charge that 4×4 off-roaders don’t care about the land they ride over has been levelled more than once. In Outside magazine, Wes Siler wrote a defense of off-roading where he pointed out that the 4×4 community generally stick to designated OHV (off highway vehicle) areas, and that the environmental impact isn’t as dire as is often believed.

Of course, the same can be said about overlanding.

We like to think of overlanding as more of a lifestyle than a hobby. While 4×4 excursions are usually daylong or maybe include an overnight stay, overlanders embrace a long haul off-grid approach. It is not unheard-of for overland adventures to last weeks, months, or a year or more—covering vast distances and entire continents. Overlanders are adventurers who work hard to ensure they leave no lasting marks on the environment; sustainability and environmental responsibility are a driving force for overlanders. Self-sufficiency is a hallmark of the overland lifestyle, with proponents carrying their own supplies in order to minimize reliance on stores.

Full size SUVS or off road trailers are often used to adventure off grid, with roof top  tents, tarps and lean-tos making up base camp.

Because true overlanding requires more than a casual commitment, it isn’t practiced by “weekend warriors” as much as some outdoor activities. But that doesn’t mean the community isn’t welcoming or eager to share their hard-won experiences and knowledge. A great place to start is this website!

So which is better?

Does it have to be an either/or proposition? We don’t think so, but it doesn’t hurt to acknowledge there are similarities between the two that can be celebrated. Both fulfill the drive to get away from it all and require a pioneer sense of adventure. And we can all agree, that is a very good thing!

What do you think? Are the criticisms of off-roading warranted? Have you tried either or both? What was your experience like? We’d love to hear! 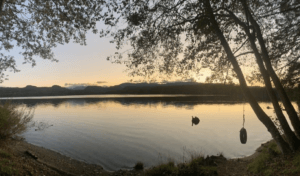 A Hunter’s Cabin If you’re an avid hunter, or just a beginner the great outdoors is one of your favourite places to be! You love

Off Grid Makes A True Overland Trailer Blog is by Overland Journal  Overlanding is often about getting remote, and being able to stay longer in 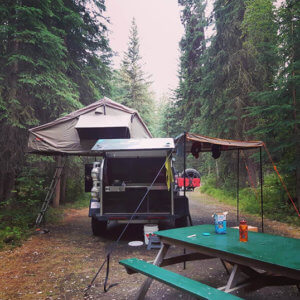 12 Badass Overland Accessories for Your Hunting Truck​ Turn your 4×4 into a go-anywhere, do-anything hunting rig with these aftermarket add-ons My grandfather’s hunting truck

Sign up for EXCLUSIVE offers and join the OGT Pack!

We send out a newsletter once a month! Sign up below.